Is The Right Really On The Moral High Ground? 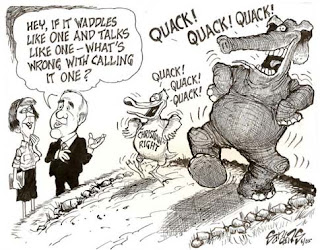 This is a question that seems to me to be becoming and increasingly important part of the political landscape in the US, and it is a question that the answer should be clearly obvious to yet it seems that it is not nearly as clear to most as it seems to be to me.  To me it would seem if you where looking for a group that where standing on the grounds of what is morally right and what is morally wrong, for the most part you could not get further from the truth unless you teamed up with the devil himself.  For morality only seems to be used like one might use gold leaf to make a less the savory item seem to be far better then it actually is.

The right talks about morals when it comes to its stance on organized labor and the rights of the working man and social safety nets for the working man, yet the agendas they push seem to be far from what the moral stance would be, they fight to strip the working man of his rights to negotiate a fair contract with fair pay and fair benefits like health care, so that he can provide for himself and his family and take care of his and their health before they wind up seriously ill or worse dead from a preventable illness.  They fight to dismantle the safety nets that help keep the downtrodden and those down on their luck from simply starving in the streets, in order to help those who are already abundantly well off them selves, I don't see how any truly moral person could see that as the right choice, to punish those already suffering for the suffering they are already enduring!!  How is the moral choice to sacrifice the masses for the profits and continued excesses of a few the right moral choice, the right moral choice would be to protect the masses to ensure they they have the rights to fight for a fair living, and to be sure that when they do fall on hard times that they don't wind up starving to death on the streets, that instead they are provide a means of support so the the can care for them selves and get back on track. The moral thing would be to tell those that have prospered on the backs of the masses that need to contribute to insuring the protection and well being of those masses as well. 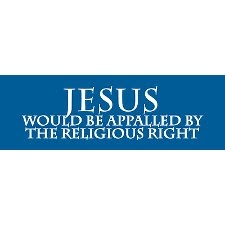 They rail against universal health care for all as if it is morally wrong to insure that all have fair access to good quality basic medical care, at an affordable price.  Instead they insist that health care is a privilege and one that ought the masses ought to be grateful to have any granted to them by those few that can truly afford the absolute best.  They feel that it is morally correct that many lives are needlessly lost each year do to the lack of access to affordable health care by the many while the few profit immensely from a system the is built on denying needed care to those that can even afford it when it comes time for them to need it. The real moral high ground is that of creating a system to provide universal health care to insure access to affordable good quality healthcare so that every one can get treatment for those things that aile them with out having to worry about loosing every thing. The moral stance would be fighting to create a system where people no longer needlessly die daily from treatable conditions because they could afford to get those conditions treated instead of waiting until it was to late.  The moral ground would be saying that yes this may hurt profits for some but it benefits all, and that is why we must do it! 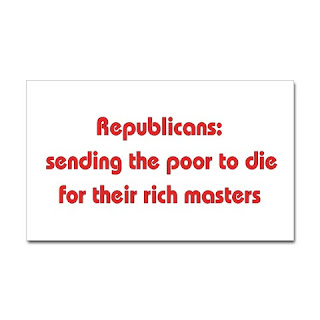 They claim to have the moral ground in the debate on LGBT rights yet if you listen to what they advocate and with an open hart look at those the persecution and what effects those persecutions have on their lives it becomes abundantly clear that denying the recognition and protections not only on state but the federal level of married to gay couples is morally reprehensible.  To deny the same benefits and protection that you would give a Hollywood couple during their just for fun marriage or their up tenth marriage when one partner passes to a couple that has been together for more then 5 decades because that couple is gay is so morally corrupt it is not even funny.  To claim that you are protecting marriage by excluding those that are in committed loving relationships from having access to the rights of civil marriages because they are gay, while actively truing a blind eye to the many sham marriages and divorces perpetrated by the couples who are straight is total immoral hypocrisy, as it only highlights even more clearly that it is not the actual institution you care about but instead keeping some of gods other creations from having their full rights because you don't want them too. 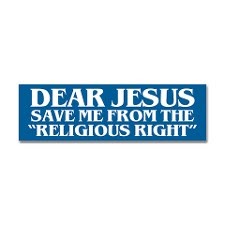 Yet many still insist that the right has the moral high ground,  if this is the case then it would seem to me the idea of what is moral in this country has become extremely twisted, and that it will truly take divine miracles for the morally right actions to truly take place with mere men in charge. I