Moving Is No Fun 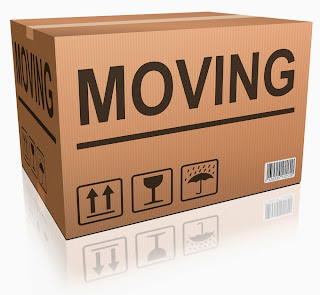 So I have spent the last 2 days packing up everything in my room (the sized of a good sized studio apartment) as well as packing out all the stuff stored in a spare bedroom up stairs, to allow my brother and his Fiance to move into my room this coming long weekend.  It has been one heck of a battle as I had a lot of stuff to move or which 90% of all my stuff is going to wind up going into storage, including all my nick nacks which includes all the things (not many) that I got after my grandparents (on dads side) passed away years ago.  The only thing of theirs that is going to be able to make it into my new room is a piece of artwork. Which is something that has gotten me down at the moment. It did force me to sort through my stuff and get read of things that I did not need, (or want enough to bother packing and putting in storage)

It caused me to go through the close in my closet (and dresser) at which point I got read of 3 contractor bags and one kitchen trashcan bag of close that no longer fit. it was honestly quite depressing and made me feel like a fat loser, as it was a reminder of how much weight I have put on since I wound up in the hospital and started in on treatment, It was a reminder that I used to be a size 38 waist (not that small but much smaller then my now size 44) and that I used to wear size large and even medium shirts and now am regulated to extra large.  And it has also left me with next to nothing in my closet maybe a dozen shirts, 2 pairs of jeans and 2-3 pairs of non work shorts. Not bad but nothing dressy.  I feel like a loser and it dose not feel like I will ever get back down to that weight again, especially with my meds having the side effects of weight gain, and now with the loss of my room nowhere to even do the workout tapes that I did in the past. because there is no space to do that in my new room and I don't feel right capitalizing the living room TV to try and do that.  The only hope is that my schedule will be similar to next weeks at work where I work 10am-7pm and 9am-6pm so that I should have time to incorporate a long walk with our dog into my daily routine or even when all the crap gets cleared out of the garage eventually be able to move out the exercise  bike and use that as my new car (which is now parked in the garage on dads side) is much shorter and leave plenty or room to use it. and hopefully that will help, along with mom wanting to cook healthier even if it just keeps me from gaining more that would be an accomplishment. It is something that I know I have to try to do, not just to look better, that would be a nice side effect, but to also be healthier over all, as under last years tightened screening standers at work (for my current years health insurance) I did not do very well so I did not get hardly any money in my insensitive account ($100 for each goal with 4 vital measurements, and I only hit 1) money that goes to paying claim (and counts towards my deductible) before I have to pay anything. which I something that is very nice to have since I have pretty regular appointments through out the year that are not cheap ether. (but it is well worth it to me)

To the point of helping with the my psychiatrist has switched one of my prescriptions to one that should help me stop the weight gain as the one that I was on is quite know to cause weight gain, and it dose it not by slowing the metabolism but by causing you to have more cravings and to be hungrier, which makes it hard to lose weight as it is hard to ignore feeling like you have not had enough to eat and then eat even less.  So hopefully that will help some,  I have just started that and really should weigh myself to see how much I do weigh but I have yet to be able to bring myself to I kn that as I don't want to see how much I do weigh.  But when I do I can reinstall the Samsung health app on my phone that not only keeps track of the number of steps that I take in a day but allows me to track exercise  and what I am eating (so that I can try to eat better and fewer calories) and even allows you to enter a goal weight and when you want to reach it helps you track the number of calories that you should have in one day. This is something that I would like to do for my self so that I will feel better in my skin as I feel fat and I don't like feeling this way. That dose not mean that I don't feel good about the way I look as I do I think that when I dress my self (and even though for the most part I have a casual look) I think that I look good and that dose make me happy, but that dose not mean that I would not like to look the way I used to, the way I look in some of the older pictures of myself, (not from HS or anything as I was about this same weight as I am now, and I did not like the way that I felt then)  I know part of the struggle is that I allowed my self to slip into a more sedentary lifestyle then I had been in, not only that but I don't do the same sort of work as when my weight was at my lowest, back then I was working freight crew so I was spending 8 hours a day running around throwing freight, not only that but I was also doing exercise and taking a "tea based" diet pill (so in other words concentrated tea or in other words caffeine) and drank quite a bit of caffeine, which I can no longer do as it throws me for a loop messes with my mood slamming me into overdrive but also making me feel panicked, paranoid and like everyone and everything is out to get me, so it is now a very big no no in my life.  And has even caused me to miss work when a coffee stand had messed up my order in the morning the day before and did not make my drink a decaf.

On the note of the move, I just have a little more left to do, do some reorganizing of my new closet (I bought a folding book shelf at work (same color as the one that I am leaving downstairs and able to be stacked on top of it in the future) so that I can move my movies off of a shelf (and other things) and put them on that making more space for some of the things that I still have to fit into the closet and room. as well as put all my bedding into space bags and vacuum them out to try to also create some more space (it is 1/4) the size of my old closet.  Hopefully giving me the space to put a 35qt storage tote on a opened up shelf to put all the things that come out of my desk and end table draw into, as I don't have anywhere else to put it, and I don't want to pack it away as it is stuff that I use periodically (or more often)  after I get that all done I should finally be able to move what is left of my hanging close up into my new closet. I am looking forward to all the moving being done but not to having so much of my stuff in storage where I can not see it or get at it.

Until next time dear readers.