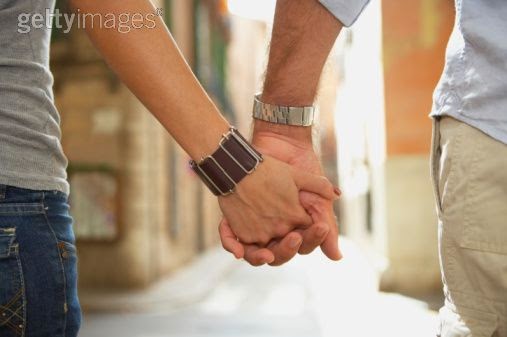 So a shit storm of controversy has hit the nation, in the form of a simple kiss between Micheal Sam, and his boyfriend when Micheal was drafted to play for the Rams, making him the first openly gay NFL player, something that was not really expected to happen!  So it got a bunch of peoples undies in a bunch, with cries of what about the poor children that had to see that on TV! To those complaining that they don't care that he is gay but why did it have to be flaunted and shoved down their throats.  The latter seeming to be a popular one even among those that support gay rights, the refrain that it dose not matter if they are gay as long as they don't flaunt it, which means it is OK as long as they don't show any signs of affection for someone of the same gender! Which one would think would be counter intuitive as to truly be ok with someone being gay would mean that you would be ok with them showing signs of affection towards each other like the peck of a kiss that took place between Micheal and his boyfriend. This only brings to the spot light something that is all to obvious to those in the gay community and that is the fact that to show any sign of affection in public (PDA) is to be seen as meany to be flaunting and prosperously making a spectral of your self to make others uncomfortable.

This double standard of "it's ok if straight couples do it" but "it's wrong if gay couples do it" is something that has a way of making one reluctant to step outside of the box of ok, even if to do so would be something that comes just a naturally to as it dose to a straight couple. I know that I love to hold hands, to share small kisses, to sit closes/up against, the person that I am in love with, and to do so is something that is very natural for me to do.  But I also know that being a center of public attention of stairs and dirty looks is something that I dislike even more, which one can understand would make one feel uncomfortable to show signs of affection in public.

I had an ex (a very early one) that loved to show signs of affection in public, holding hands, small kisses, loving touches,  but along with those came unwanted attention. We would be holding hands and people would stair, to the point on a few occasions my ex made the comment to them that a photo last longer! Then how dare you share a small peck on the lips with out getting a dirty look from a passerby, or once a parent making the comment "my kids almost saw that!" as if it was some porn scene being acted out! Now maybe this just means that I am thin skinned or something, but these thing really bothered me and made me uncomfortable, where as they did not seem to faze my ex and he even seemed to find them on the amusing side. But for me it made showing any sign of affection in public into something that was less then pleasant, or at-least took all the pleasure out of what was supposed to be something nice like holding hands! After that relationship ended I avoided any physical shows of affection in public, not even holding hands something that I like to do very much!

I know that I can see pics like the one above and I like that pic and not only do I wish that I was not single, but that I would feel totally at ease and comfortable doing the same thing!  It should not be that way, but that is the way that it is, and I know no amount of wishing will change it, that the only thing that can possibly hope to change it is for displays of affection between same sex couples to become more common, and to come out of hiding! Yet at the same time I don't know if I want to feel that self conscious doing something so natural that it should simply have no thought to it.