Trying It Without The Crutch Of Medication 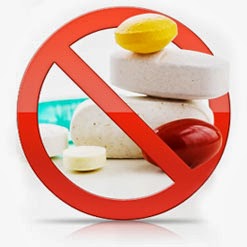 I know it has been a while since my last post, I have been doing OK, in a bit of a rut but not bad. So once again I have really been struggling lately with taking my medications, (how ever I have been strictly adhering to them) and wanting to be off of them for a number of reasons. I have once again had somethings come across my desk so to speak that have again stocked my mistrust of medication and psychiatry at large
, yet I still trust my Psychiatrist if that make any since at all, like one of the big facts being that the theory that they have pushed for so long that mental health disorders are chemical imbalances has been proven to be wrong! Leaving the only ones group still pushing that theory is the big drug companies, as it helps to make their drugs sound better because they are simply treating a chemical imbalance.  No only that but it makes it sound more like they know how the drugs work when they have not the foggiest idea how they work.  This is something that came across my desk in part form the likes of the New Yorker magazine in which they talk about how the pushing of this theory is a big lie, and how it is know to be a lie by even those that push it.

Then there are other sources that have come across my desk, and that I have run into that talk about how unlike the rest of medicine Psychiatry has absolutely no basis in science even though they try to lie and make it sound like they do when in reality they have no proof in the claims that they make. That is why unlike the rest of medicine they don't have an real test that they can preform to prove definitively that someone dose or dose not have what ever it is that they have diagnosed them with.  Not only that, but because of the lack of science they do not have any idea how the treatments that they are giving people work.  Add that to the fact that they have no clue what the actual long term side effects of the medications that they are pushing (that they have no idea how they work) and the few long term side effects that they do know of are not good ones at all.

I also feel like that since I have been stabilized I should be able to go off of the medications (under a doctors supervision) and be able to deal with the disorder on my own like other people have.  I have a couple people in my life that have be diagnosed as bipolar that do not take medications one of which has never taken them, and I feel like if they are able to do that then I should be able to as well.  After all I was able to make it to the point that they diagnosed me with out any treatment, not that I would really want to go back into that state (well with the exception of the up periods, I do miss those) I feel like I out to be able to hold all of this at bay and not require medications to do so.  I fell that the medications are in some ways a sign of weakness, and that I am not a weak person, at least I do not see myself as a weak person. 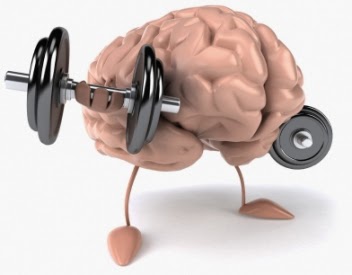 Then there is the fact that to me taking the medication not only says that I am a weak person but it says that I really am a crazy person, and that to others it will say the same thing, much more so then if I where to tell someone that yes I have this but I am able to deal with it with out medication, which not only sends a sign that I am strong, but also that things are not nearly as much in the crazy zone, and I really do not want to be seen to be in the crazy zone.  I mean it is bad enough that there are people already in my life that see me as being in that zone because they know that I take medications.  I don't want to be seen that way by any one and I fear being seen that way by any one that I may share my life with, although I really don't know how likely that is, especially since I have been shying away from dating for a while now.

Yet on the other hand I fear the risks of not taking the medications, I don't fear they possibility of the ups, because they never got to scary, even if at times things my have gotten a little out of hand. Even if at times they made things in my life harder and even unpleasant at times.   What I really fear is the fall after such a period and the fact that from my experiences such falls tend to be devastatingly low, like the whole world has been painted black and all light has ceased to exist and I can't even find the faintest of lights with in me, and those times are the times that death preoccupies my thought and also those are the times that I have even planed out my own death, even planing out what I would write to those left behind and even doing so on at least one occasion. since my late teens I have had more of those times then I wish to remember, and I am terrified to repeat those times.

Such a big part of me wants to be able to avoid those time even without the medication, but a big part of me fears that if I ask my psychiatrist about that possibility he will say no, that the only way for things to stay how they are now and for me to stay "in control" is for me to stay on the course that I am on now.  Am I crazy for feeling this way, for wanting to try and chuck a path that has done me such good? That I don't know.