Hiding In The Sand 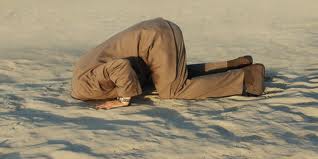 I find that I feel like a bad person lately for my total lack of engaging in the current events going on in the world around me on any meaningful level, scientific topics on the environment, politics all the way up to current events in Syria, where I know just the most basic facts from the odd news headline or post that drifts past me on Facebook where I don't even really read them at all. (and I have a couple of friends, one in particular that is very plugged into all of that) I don't watch the news, the most news I get is reading the local headlines of the local paper online, not even reading the stories.  I feel like as an adult I should be plugged into those things, and that it is part of my responsibility as one to be as well informed as I can possibly be, yet I am in effect hiding my head in the ground to the world around me. this is something that had been gnawing away at me in the back of my mind for a while until it suddenly came into sharp focus.

It all came into sharp focus, when I was having a conversation, and a rather long one at that, with a friend who is quite involved in these topics and quite knowledgeable too, even if they are on the pessimistic side of things. I realized during that conversation how much I really tired to mentally glance over everything from the science coming out on the environment to Syria. It was a willful effort to not let those sorts of things sink into my mind but to instead let them bounce right off, like a rain drop on a roof. How much I actively wanted to leave my self in the dark, like if I let the information in not only was there nothing that I could do about it but that it would do me harm, and that I would rather stand on the sidelines with my back turned to it all. That I had to protect something.

It seems to me like such a childish thing to do and way to think, to think that if you do not acknowledge it and don't have anything to do with it that it will go away entirely.  It makes me feel so stupid that I do such things and that I have such a strong need to protect myself, like those things are going to hurt me.  It is like I fear that they are going to sour my views that they will kill the hopes that things will get better, and force me to deal with things other then the immediate issues in my life and with myself. You know to do the things that an adult is supposed to do and focus on more then just them selves, and to focus on the larger world around them to even if that means that things are unpleasant or can at least seem that way.

I feel like not only do I fail at so many other things in my life but that I am failing at being an adult too, that I am trying to shelter my self like someone tries to shelter a child for all the things in the world around them that might not be happy good things.  And that is not good but I can't seem to stop doing it, like there is something wrong with me.