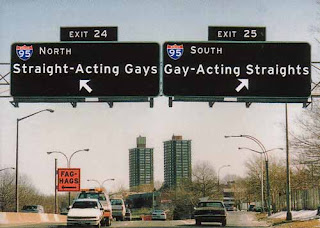 It seems that while the straight world is moving in the direction of a more rounded definition of what makes a man well a man that gay community is instead increasingly moving in the opposite direction of defining a man by the tired worn out old  stereotypes  of what makes one a man, stereotypes that never even applied in the "good old days" while the straight community is moving towards excepting that the old gender rolls are indeed out dated and that a man can still be a man and posses an increasing number of traditional feminine traits like caring about their appearance, showing emotions in public including talking about their feelings, having interest in what where traditionally considered woman's things like cooking, crafting and even TV shows.  Yet in the gay community the obsession is instead with being much more muscular, of not expressing ones emotions, of being the stereotypical "man's man" you know that over grown frat boy.
It seems that the idea that what makes a man is not his interest and Hobbes, one can have no interest in cars, sports or even home repairs and still be just as much of a man as the guy next door that can tell you facts about almost any car at the drop of a had, that lives for watching his favorite sports team on TV and can do his own kitchen rebuild, because that is not what makes one a man.  What seems to have been lost on a lot of the gay community is that what makes a man a man (and heck what makes a women a women) is that they accept irresponsibility for their own actions and choices and the consequences that they have and own up to them.  That they are able to evaluate and put the needs of others ahead of their own with out expecting something in return,  they can see that the world does not revolve around them and owes them nothing. They can define them selves by what values are important to them not by what others around them feel they should be. They have respect for others. They posses the qualities of integrity, and when they give their world they keep it, to the very best of their ability. As one will notice non of this has anything to do with masculinity and it all has to do with a level a maturity instead.

So how is it that the gay community is so hung up on the masculinity side of it, the side that has nothing to do with acutely being a man, as one can be in their 20's and the most masculine person out there and still not be a man but a boy, all because they have not achieved a level of maturity that is necessary.  While at the same time one can also be in their 20's be as feminine as can be put posses the maturity that makes them an actual man.  I see this all the time out in public where one runs into the "frat boy" that by age and masculinity is a man but in reality behaves like and is nothing but an over grown boy.  So what is it that makes the masculinity so much of an important aspect in the gay community?  Why is it also that for one to not be masculine is in the gay community seen as making them lesser of a person?  It would almost seem like a form of sexism.

It is that somehow to be like what is traditionally thought of as being womanly some how makes some one lesser of a person and lower on the social ladder which in turn implies that woman are lesser then men when it comes to what their standing in the word is, which dose seem to be something of a problem in the gay community.  I think that part of this is left over from the time in their lives when most gay men started to realize they where different and also very often started to be bullied for being so.  As the time that a sexist and gender normative view of the world and what makes one their gender for young men is in the early-late teens.  It is also during this time that many gay men start to realize they are gay and to try to fight against this and make them selves be straight or at the very least bury them selves in the closet so that others don't realize, which involves taking on-board as ultimate truth the narrowly defined deffintions of masuclinity and that being masculine is what actually makes one a man.  It is then that anything that dose not fit said characteristically becomes something that is to be suppressed and avoided at all cost, because anything that dose not fit the masculinity  characteristics  there for makes on a women.  this can easily be seen in the incredibly misguided and false view held by man teen boys and incredibly gay men, that if one is not masculine wants to be a women and should just "chop their dick off and become a women".  (this also makes it easy to see why trans rights are so often thrown under the bus by the gay community) I think that this reaction is akin to that of the deeply closeted gays that fight against gay rights so viciously,(think Gorge Rekkers, Paul Cameron, Richard Cohen & crowed) they react that way in no small part because they see someone else doing something that they wish they could be doing, and as a defense they lash out against anything feminine, and those that express their feminine sides. 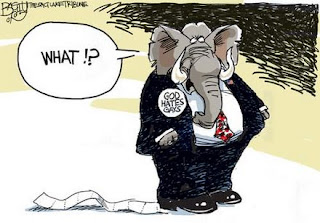 It would also seem that elevating the importance of being masculine/straight acting, is a way for those with in the gay community to create a way for them to be higher of the social food chain even though to those that oppress then and seek to take their rights away they are no different then any other gay person.  This is in part do the the fact that even though much progress has been made in the straight male community towards the eradication of gender normative rolls they have not entirely been eliminated nor has the anti women stigma that lies behind them, in which men are better then women; because of this "straight acting" gay men (because loving another man and having sex with him is so straight) are still slightly more acceptable then "feminine" gay men.  This is all of-course regardless of the fact that for many of the people that claim they have no problem with straight acting gay men would still vote and push to take their rights away regardless.  thus it is a false position of elevated social statues amounts the repressed class. (Or one could say the unclean class) In the end it is like fighting to be the best loser, one may think they are ahead but really they aren't.   This is something that seems to extend to all minority/oppressed groups where they in-fight among each other about which ones are the most like those oppressing them and there for are better then the rest of the oppressed group.

It would seem that the only way to get past the false idea of masculinity being the measure of ones manhood and instead back the the real measure of ones maturity and character as the real measure,  on this I will not hold my breath.  How ever I do think that the more fights for equality we win and the more equality is experienced, as well as the more equity that is won for the trans community, the less and less that being straight acting will be an important measure of what makes on a real man, as then it will no longer be vital to try and seek out the acceptance of those outside the community that wish to repress us.  Not only that but as the population shift to the younger generations running things I also think that the ideas of gender based on the old gender rolls will start to fade even more as well.  That is not to say that this fight will ever entirely go away or that it will go away anytime soon, but I think it will diminish as these two things increasingly take place.   Untill next time dear readers. 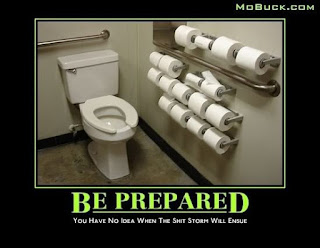