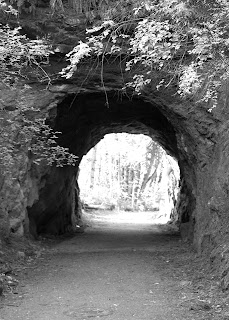 I want to share with you one of the things that has the power to make my bouts of depression even worse, which would seem funny as being depressed is not very fun at all as it is.  Now I am not trying to say that I'm horribly depressed right now but I am seeing the clear signs that what has been just a low mode is starting to pick up speed and head down the familiar slope of slipping into a depression.  Now the speed with which
the sings have been popping up seems to be picking up speed so to say lately, which is something that I will have to bring up with my pdoc (psychiatrist) at my next appointment on Monday.  What makes it worse is the muddling of depression and ups at the same time, which only seems to make things worse, and is probably when things are riskiest for me too.   I will try my best to make this easy to understand for you as this is not only one that is hard to describe it is one that so few people seem to be able to understand.

When I say that the worse parts of my depression are when I go threw episodes during which it is a muddled mess of being depressed and up, I don't mean two distinct different emotional states where one goes quickly to the other, instead I mean the two smashed together into one!  Which I know for many is hard to understand as emotional states (and ways of being) especially ones that are total opposites for most tend to be a rather binary experiences where you are ether one or the other, where as what I am talking about would be like combining day and night into one!!  For me what this means is a very conflicted and upsetting emotional state, where I am depressed and down, physically and mentally worn out, feeling guilty not good enough etc, as well as dealing with the increasing in my anxiety and my phobias going into overdrive, wanting to do nothing wanting to crawl back into bed, etc but having loads of energy, not being able to sleep, a mind that will not shut off, only instead of it being full of fun great ideas, it is crashing threw all sorts of nasty not so nice things and pulling up and tossing around all sorts of things that you have done wrong, and heck remembering things that might not even be true!!  It really is like being at odds with your self, and not in a good or productive way, it takes the things that make being up good except for the freaking irritability, amps up the irritability, and then throws them into a mixer with depression and turns out the cocktail from hell.   Not only that but it adds even more irrationality to depression then it already posses, but then throws behind it the impulsiveness of being up with just enough energy that it makes it dangerous. 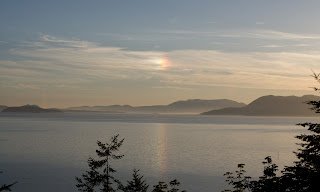 That is why I am all that much more concerned at the moment about the fact that I am starting to slip into a depression, especially since right now I am still at the state where I can mange to will up the hope that I can manage to do something to if not prevent it from happening at least hopefully make it not as bad, or at the very least give me some tools to prevent my self from winding up in the same situation as my last bout of depression.  Which is a situation that I do not want to repeat as it is one that still haunts me, and honestly makes me not only afraid to tell friends and family for fear they will jump to that place but to even let any one know because I can say for sure I'm not in that kind of place at the moment, and I don't want any one doing the sort of thing they would if they thought that I was!!

This on coming bout of depression is also why I have not been on my blog much, well at all, lately, in big part because to even write is a labor. How ever in larger part to even be able to find the ability to care about something even things that I am normally very passionate about has pretty much all evaporated, which makes it all but impossible to  find inspiration to write, hence the hiatus.  I don't want you all to worry, I will try to at least do some quickly posts hear and there, and fingers crossed I will get this nipped in the bud and be back to   what ever normal is.