Trip To See Right To Love: An American Family & Other News

So I just got back from my trip to see the showing of A Right To Love: An American  Dream, I want to do a quick review, although one that dose not really give anything away about the film. That and I want to share about the trip as well and throw my own commentary in behind some current events that I have not had the time to write about ether because I was busy preparing to take my trip of I was on the trip.
I took Friday and Saturday off to see the showing in Eugene, OR, I made the roughly 370mile trip (about 6 hour) drive down there, which I actually really liked, I find that I really do like driving places even long trips then Flying or even taking the train.  It was actually a nice drive even if on the drive down I had rain from about Olympia the rest of the way down.  The hotel that I stayed at was very nice, and it was nice to chilax in the room, when I was not out and about doing my darnedest to get acquainted with the area, which I can honestly say is not the easiest to navigate.  Matter of fact in my opinion it makes Seattle seem like a down right logical straightforward place to navigate, but that is why I have GPS so that even if I do get a little turned around I at least always know right where I am.

So of course as I have said I went to see the showing of Right To Love An American Family,  I don't want to give anything away for those that have no had the privilege of seeing it, but I will say that is is very beautiful and moving, You will recognise a lot of the footage from Jay and Bryan's Gay Family Values channel, but somehow the way that it is all put together with everything else in the film and the music just make it even more moving, which is breathtaking amazing.  It hits on so many emotional notes yet it still leaves you with a since of hope and felling like you do have the power to make difference whether it be threw political camping or simply talking to others around you about equality is so important to you.  I would highly recommend that if you have the chance to see this film that you jump at it, even to recommend it to any film festivals near you that they show it too.  It was also amazing to meet Jay, Bryan and their family in person, not only that but so many other Youtubers as well, it made for a very exciting and extremely memorable evening that really words fail me at being able to express. 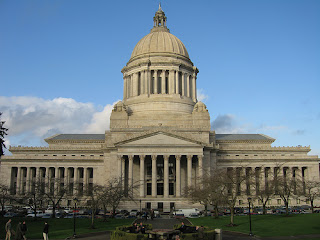 Being late to the party on this the legislature did pass the marriage equality bill, on wednesday, the day after prop 8 was once again declared unconstitutional by the 9th circuit court of appeals.  Now this Monday Governor Gregoire is supposed to sign the bill into law, at which point the opponents will have until June 6th when (90days after the end of the legislative session) to gather 120K + signatures of registered voters to try to get a Referendum on the law.

No for the supper fun news you will never guess who is supposed to visit the state on Monday to do some campaign, and by visit the state it really means visit the state capital, (Olympia) non other then Rick Santorum, who is going to be visiting on Monday with from what has been said plans to hold a public event that evening after meeting with lawmakers that afternoon. Of all days for him to decide to come to the state and most specifically the state capital it just has to be the day that the gay marriage bill is signed.  I have no doubt that he already has quite a few nasty lines prepared about it.

Honestly the outside funded anti equality groups making a very vocal stink about this law and have already raised a massive amount of money to not only mount a petition dry to get the issue on the November ballot, but to also mount a campaign against it too.  At this point as exciting as it is that the law is going to be signed there is very little doubt that they will be able to get the required number of signatures to get this on the November ballot, the big question is if the polls well poll that was conducted last year by U.W.  that if put before voters they will vote to keep the law in which 55% answered that they would, but the scary part is that when asked if they supported gay marriage only 43% polled responded as supporting it, with another 22% saying they supported something with all the rights but not  marriage it's self.  With another 38% saying they would vote to reject it.  The thing is that polls are only so useful as they are hypothetical and when this poll was taken it was purely hypothetical  as it was taken back in October. (2011) 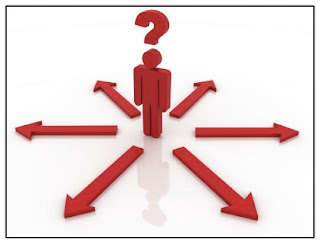 Not only can it be put on a referendum which openest are just waiting to officially start the process (they have to wait for it to be signed) but there is already under way and filled an Initiative to over turn the law by rewriting state law to read One Man and One women instead of the current wording which is  "a civil contract between a male and a female"  in affect the initiative would once again make same sex marriage.  For the Initiative route they would need over 200K signature, but they have already got it under way, and they would have until July 6th to get it onto the November ballot.  So there are two very distinct fronts to worry about, and  especially if the referendum for some reason falls short then the Initiative would become even more concerning because then the law would go into effect on June 6th and marriages could take place but the law could be changed at the ballot box in November.  And given the public opinion, which is still a majority not supporting gay marriage, they MAY be willing to uphold a law when asked if to or not, but that dose not mean that they will not vote a new law in to over turn/ride a marriage equality law.

I sincerely hope that Equality Washington has learned from what has happened in past campaigns like Prop 8, and that they have some better and more affective adds to counter the anti equality playbook, which seems to work very well at scaring people with their adds. Because unlike last time with R71 where it was domestic partnerships, and the argument that this is not marriage could be used and was in some of the adds, this time unlike R71 which also opened up domestic partnerships to the elderly to protect them from losing benefits from passed husbands/wives when they are with another person but needed some level of state recognition of their relationship, which was a very big part of the add campaign.  Matter of fact there was really only one add that featured a gay couple talking about why expanded domestic partnerships where important, they had a couple of ones with straight parents talking about why it was important for their adult gay kids, the main add was an older couple talking about how they DID NOT SUPORT GAY RIGHTS OR MARRIGE but that the law benefited them so to not support it hurt the elderly.

Unfortunately there will be no way to actually tell until the dust has all settled and that is not a very settling thought, as much as some want to think that because of the results of one poll that game is already in the bag, there is absolutely no guarantee when it comes to the outcome.  As always thank you for fallwoing me and I will talk to you again soon, untill then stay safe, and have fun.