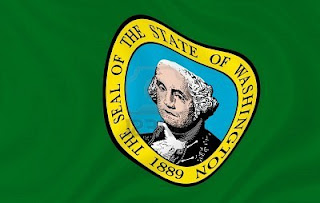 So as promised another update on the progress of the possible legalization of same-sex marriage in Washington state by the state legislature. There is no really question that the state house will vote in favor of the bill to legalise same-sex marriage as it has passed similar legislation in the past, not to mention that it is made up of 55 democratically held seats and 42 republican held seats (and one currently empty seat) the current sticking point is the state Senate which is comprised of 27 democrats and 22 republicans.

The issue is that to pass the senate they need 25 votes, right now they have only have 22 firm yes votes which is good as it is 22-18 in favor of equality.  Matter of fact two of those firm yes votes are state republicans, Senator Steve Litzwo, from the 41st district (Mercer Island) and Senator Cherly Pflug, from the 5th district (Maple Valley)  are in the firmly for marriage equality camp, with Senator Cherly Pflug saying "  I don't feel diminished when another human being is allowed to exercise the same rights that I enjoy"..."I would feel diminished if I voted to deny others the right to exercise those same rights and freedoms"

Then there is Democratic Senator Mary Margaret Haugen, from the 10th district (Camano Island) has stated that she will not vote for any bill that dose not have a provision for the voters to vote on it, which in since sources very close to the bill (openly gay Seattle Democratic Senator Ed Murray) have stated that it will not have such a provision in it, she can be counted as a no vote. (unless she has a change of hart at the last moment) 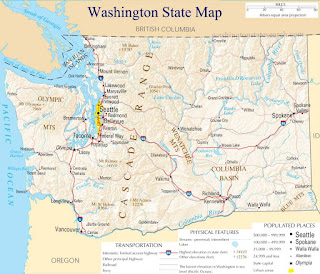 Not only is there a strong push to get this bill passed now just in case it winds up being dragged into a referendum because so that it would wind up falling during the November election, but there is another reason.  With Governor Gregoire not running for a third term. (as she announced back in June of last year) Right now with the only declared democrat US Representative Jay Inslee and the declared republican candidate State Attorney General Rob McKenna and  Pastor Shahram Hadian, with Mckenna being the most likely to be the one actually making it to the election.  The worry is that Mckenna could win, and he has already voiced his opposition to same-sex marriage equality, and he could win, he has been voted into the office, he has served two terms as State Attorney General with him receiving 59% of the vote during his last election in 2008.  He has the advantage of not quite being perceived as a hardcore republican (although his decision to drag the state into the federal lawsuit over Obama health care reform bill did ruffle quite a few feathers) and has enjoyed support among republicans independents and democrats in the past, me being one of them during his reelection to the job of Attorney General in 2008. 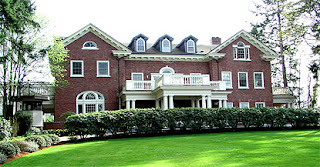 The other concern about Mckenna running is that the last gubernatorial race was a close one with Gregoire berly edging out Dino Rossie who was seen a quite a hardcore republican, and it is not unheard of for Washington state to have a republican governor with the last one being John D Spellman who held the position from 1981-1985 (fallowed by a string of 4 democratic governors)