Could This Be Some Sort Of Light Shedding Moment? 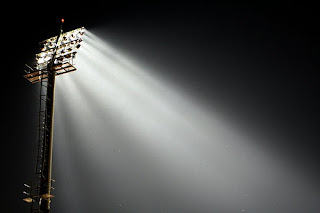 I have been wondering lately about what increasing seems to be an intertwined relationship between so many of the issues that I have and the things that cause me to have such a hatred towards my self, that I now wounder if they might has some intertwined and related cause/root that lies beneath them.  I am beginning to wounder if I might not have uncovered a clue to them in the combination of my different blog post and even more so in the recent journaling that I have taken up doing, especially considering that I conjunction with that I have been starting to allow my self to actually feel and experience my emotions and at the same time start to question why it is that I am experiencing them, and quite often it seems to be surfacing that like I have been away in the past the ways that I feel towards my self are not necessarily on the logical side, especially when compared to the way that I feel towards others for the same things. Yet I am not at all sure if this theory is correct of it is more of my mind pulling connections that are not really there out of thin air but I guess here goes nothing.

I am starting to wounder especially based on what I have actually been allowing my self to remember (and feel) instead of trying to fight and shove away when it comes to my past if it is not possible that a lot of the negative views and conceptions I have about my self are less to do with reality and much more to do with the reality that I tried to force my self into when I was younger.  I am starting to wounder if a lot of my issue don't have something to do with the tremendous amounts of effort I put into first trying to convince my self that not only that I was not gay, and then to make my self straight, but to also try to make my self the way that I should be in order to be straight.  Mixed in with hurt inflicted by others turned inward as attacks on my self.  Because I am beginning to wounder that it seems like I quite well and what would also seem quite successfully, considering I have/had no actually training, employed many of the techniques of the different ex gay "therapy" on my self when I was younger; especially after I gave up trying to mentally convince my self that my "difference" was just a phase and that I could do this or that to make the phase end. This is why I am wondering if it could be possible that many of the issue that I have with my self, the person that I actually am and the person that I see when I look in the mirror and instead of the person that I feel I should see in the mirror, and the conflict that the differences creates, is in big part an artifact of these things.

I spent so much time energy and effort as a young man trying to convince my self of what I should be when what I was was not right and why tweaking this thing about me or that thing about me would make everything write that I imagine that it would more of a surprised if that did not cause negative ramifications then the other way around.  I remember being aware that I was different for quite some time, but that the feeling got much more prevalent and clear in my mind the older I got especially as I started to become more and more a target to be picked on, harassed and tormented by others, who seemed so able to see in me what I was not quite able to put a finger on my self, maybe they did not but it sure seems like they did.  I don't really look back on much of my school years, from latter middle school on at all as a found time for me, when I remember those times I remember pretty much a living hell on earth, something that I could not wait to escape from and something that I would never want to go back to, and that I don't particularly like to remember ether.

I started out just trying to madly convince my self it was all a phase, that if I lost some weight, that if I became less shy, that if I would be interested in more manly things, that if I wore better cloths, that if I talked in a deeper voice, that if I talked with my hands less, that if I was less emotion, etc that then everything would fall into place and that I would stop having these feeling for and attractions towards other guys, and that instead I would start to have feelings for and attractions to ladies instead.  I would literally convince my self that if this one thing changed or if I changed this one trite about my self that things would fall into place, and I poured enormous amounts of energy into this train of thought and way of thing and efforts to correct my self.  Then when it ultimately started to become clear that the peaces where not indeed starting to fall into place that is when I really started to get desperate.  Not only that but it is also when the harassment and torment that others decided to pile on to me really started to pick up.

That is when I really started to fight head on to change what I had come to realise was not a phase but was something that I was, and when I say fight I mean fight, if at the time I had know about the different "ex-gay" "therapy" out there I would have had my self signed up for one in a hart beat, but like I have said it in hind sight it seems that I employed the main force of them on my self any way.  I started fighting against my feelings as if my life depended upon it, I started truing the harassment of others in upon myself.  I started to in-force with in my self the wrongness of my feeling and my desires, the wrongness not only of my attractions and my desires, but the wrongness of  who I was that did not fit into the box of what I should be.  That did not fit into the box of what it meant to be a real man, what it would take to be a real man a man that was not only attracted to women but was a mucho masculine one as well.  To not be emotional, to never cry, to not have "girl" interest, to be strong, to be tough, in sort to not be anything but what made up the socially acceptable criteria of the stereotypical mans man.

I am going to post this even though I know that it really dose not have much of a polish to it because I can't seem to quite get it to come out in an coherent way, which is somewhat frustrating.  I have a shrinks appointment this Monday and I am wondering If I should mention this, or not especially if I can't seem to come up with a very coherent way to explain it I don't know that it would even do any good.  What do you all think, as I feel like I am starting to hit a new wall with my ability to understand and actually affect any changes if I even do understand.

Destructively Unprofessional Medical Professionals In the Age Of Social Media

April 01, 2019
One has to like it when trained counselors, psychologist, and psychiatrist like to ignore LGBTQ identiedis. Instead insisting those that do not fit the narrow box that they inhabit are dysfunctioned and even delusional. It is one thing when they do so in a professional setting like their office, even though it is still damaging there, it is atleast a setting where they have had time to get an understanding of the person over time.   It is a totally different thing when they do so in online comment threads; and provide “professional opinions” on people that have never met. that simply know through one or two comments instead, simply because they disagree with the opinion that said “professional” holds.