Crazzy? Is that me? 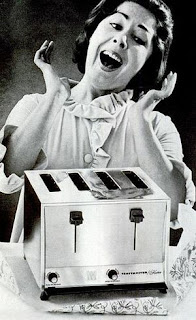 I know that one way to define crazy is to do the same things over and over again and expect a different out come, and I also know that to an extent that is exactly what I am contemplating as an option when it comes to how to deal with, handling my disorder.  I know that not taking medications leads me to keep on cycling and that doing so could very well possibly land me ether back in a hospital or worse dead from my own doing.  Yet I am still wondering if I should do medications or if I should forgo them against what seems to be a face of most recommended medical advice, and research for that matter.
Yet I am still not sure nor 100% convinced that being on a cocktail of psychopharmaceuticals is the right path, that being on a regiment of some sorts or mode stabilizers and possibly antidepressants and lord know what after the medical experts in the Physiological world get done with me, so that they can hopefully decrease the number of times that I cycle and hopefully dampen them as well.  To do this seems to be signing my self along with a great degree of power over to those that are billed as expert but for the most part have never actually experienced what it is that they are trying to control and make go away. It seems like to be on a life long course of ether old school mode stabilizers or atypical antipsychotics (that act as mood stabilizers) is not necessarily something that I am keen on, as they don't just dampen the lows but also the highs.  They will dampen my emotions, and unfortunately that means that its all but certain as just about every mood stabilizer dose it, I will be left feeling kind of emotionally blunted and I don't quite know if that is a very good trade off.

It is hard to explain hard to put into words exactly that at times love hate relationship that I have with my feeling, as at times they are so strong that they can interfere with my ability to live my life in a pretty normal way, yet it is also those same powerful feelings that i don't quite want to give up as they are also something that has always been a part of me that have so dramatically shaped who I am and who I have become.  It is those emotions that make their way into my writing, even into my photos and how I go about taking and editing them.  these fantastic emotions if they could be harnessed to power the world their would be so much power that it would be able to be given away for free. I find it quite a scary thought to have to give these emotions up, even if they are also the same things that at times threaten to tare me apart and tare my relationships with friends family and others apart as well.  Because as much bad and harm as they can cause to give them up would feel like giving up a part of me a chunk of my soul, all in return for a promise that is not a cure at all but that hopefully things will stay balanced.

then there are the side effects, like weight gain something that I am already having enough trouble with, with out the help of medications.  As it is I have managed to put on 35lbs in the last 3-4 months which means not only do I have to lose these 35lbs but another 40lbs on top of them in order to even get into the zone of my ideal healthy weight.  It dose not matter what the drug they always come with some sort of gotcha side effects that you have to deal with and live with while you are taking it so that it can supposedly do it's job.

I know that my friends, family etc would all like to see me find the best-combination of meds but to also stay on them as well, in part this desire on their part make it feel even more like doing so is handing over control over that aspect of my life over to them.  That it is giving in to their desires of what is best for me medical and that is something along with many other battles that I have fought to gain freedom from.  I also though don't want to hurt them or scare them any more and I know that in reality from the information that is available that in order to not do that to them I will have to go on medication for the rest of my life.  Medication that is designed to take away the powerful emotions that I so deeply love and to replace them with meeker imitations of the ones that I am supposed to lose, the ones that actually inspire me, that can and are at times the driving force behind all of my creativity.  Yet they don't understand how intensely I feel things how when I feel an emotion it is like every fiber of my being is feeling it, and that is why to give it up is such a big deal.

Maybe though this is the price in addition to the monetary one that  I will have to pay in order to live a more balanced life in which I am able to achieve more of my goals and live a life even if it is with chemically crippled emotions that I want to live instead of being at the mercy of my emotions so much of the time.  I guess that it is them that I need to decided if what I gain is going to be of a greater value to what I have to sacrifice to achieve it. I don't know that I have made the choice even yet, maybe that means I'm crazy or maybe it means that I'm not, the only thing I am sure on is the fact that I'm not sure at all.