Finding Out I'm The Other Guy, More Disastrous Dating

I know it has been quite some time since I have posted, and on that note I am going to set for myself the goal of blogging something every day for the rest of the month.  Fingers crossed I will accomplish this goal and get back in the habit of sharing with you my life and my views on the world that surrounds me.  I have dropped out of the picture for a while in part because I allowed my self to get so overwhelmed with it that in order to reset and deal with it I had to totally drop away from everything that I could.  In that time the second attempt at buying a place fell threw on some big nasty surprises turned up during the inspection, which is some what of a long story that I no longer want to get into as it is firmly the past and there is nothing I can do to change that.

How ever much more firmly routed in the future is another disastrous adventure for me in the world of dating, I really am beginning to think that my dating life is some sort of plot for a dating disaster book as this latest disaster is a dozy!!  This one is also probably on of my shortest lived dating adventures as well, which in the long (heck even short run is definitely a good thing) OK to start from the beginning I met what seemed to be like a very nice guy online (any one noticing a theme here?) and we started talking and hitting things off nicely.

Of course threw due course of action we set up a date and I meet him for the first time and he seems to be an exceptionally great guy (don't they all, again seems to be a theme here) and we enjoy are time together on the date.  well we go on a couple more dates and progress to fooling around with each other (but not quite all the way) and things seem to be heading in a great direction.  Now flash forward to Tuesday, we have been on a few dates and done all that small talk stuff and basic sort of get to know you type things, so I being someone that like to learn about others and make deep connections try to well talk about things in a more in depth, deep personality type of way.  Well every attempt at this gets pretty flatly shot down, so seeing as we seemed to be on the same page about what we where looking for I was like ok maybe we should talk about this. 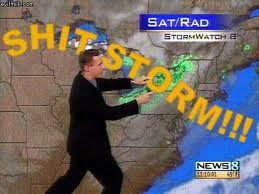 I mention that I have noticed that every attempt I have made to have a more deep sharing conversation has been shot down, and am wondering if it is something they feel they need more time before they are comfortable with it, or if it the type of conversation that they really don't like to have, and mention that to me at some point is is they type of conversation that's important to me which is why I mention those sorts of things in my profile.  So he says that he dose not want to have any such conversations that the he would rather have more restricted version of that much more related to physical aspects of the "the relationship, and would not object to the discussion of hobbies" to which I reply in a very measured sort of negotiating bridge building way that that's OK, but at some point things are going to have to progress to include the other aspects of what makes us tick as people as that's something that important to me when it comes to forming a full relationship.

So at this point is when the first shoe drops not so surprisingly and he says he things we are looking for two different types of things, and the he is looking for someone to have more "fun" with and less basically intimacy with.  Not something that shocked me less so was the fact that he had still been chatting with others (as had I since it has not even be quite a full week and well there was nothing official about it) I was all like cool and we can certainly still be friends, as he has suggested, something that at the moment seemed good and like it would turn out well. 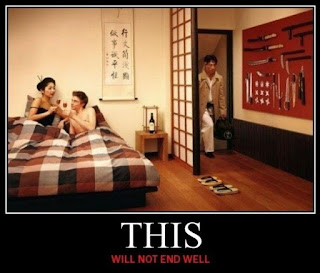 That is when the second shoe hit the floor, and he proceeded to say that not only head he still been chatting with others but that he had a partner as well and they they where simply out of town/state.  Now this is when my blood started to boil, as he was getting quite a kick out of this, so the first thing I say is "oh so you have an open relationships" to which he replied "NO we don't" and since he dose not know it dose not matter.  and then throws in I told you I was truthful, by now my blood is thoroughly boiling and if looks could kill he would not be breathing, and I snip when where you going to tell me this major detail. His reply was in an email when his partner got back home, at this point I channeled every ounce of self control I had not to knock his lights out.  basically told him to go fuck him self and flew out of his place before I changed my mind on beating the shit out of him. 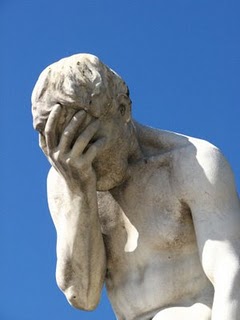 This of course has left me quite well unhappy with men in general, and even though I have been told and should know better feeling quite bad and upset with my self for being put in that position of being lied to and of being the other guy, the person that if things had goon better and as planed would have been the other person in the cheating equation.  This is something that I am very upset about because it is a position that I never wanted to be in that I explicitly stated I never wanted to be a part of in my profile, and puts me of being in a potion of being part of something that I morally object to with every fiber of my being.

Not only that but I feel a fool and stupid for being played so well, and for falling for it hock line and sinker.  I feel like an idiot for being the string puppet that danced and provided such obvious entertainment for the person pulling the strings, and doing so at the cost of me, and with no regard for me at all.  I feel like a fool for not catching on and being so shocked and surprised when it came out, I wounder can I ever find someone that is not trying to use me to try to play me for an idiot. I wounder why I keep going so wrong.