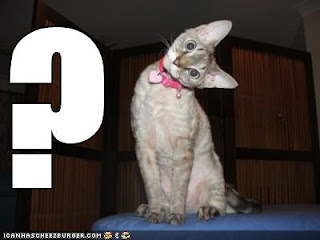 So I am going to be trying to write on a more regular basses but I can't promise anything, but I am hoping that slicing the time out of the day to write a post will be something that is good for me and that it will help me to at least have one goal that I can mange to accomplish.  I really do hope to accomplish this goal although I can't promise that I will as things are not quite all "sunny in Philadelphia" so to say, to the point that was/ to a certain extent am ready after less then a week from my last visit with my doctor to call and basically demand to be taken off all my medication as I don't think its helping at all now and I really can't stand the side affects any more and I think that they are just getting worse.  But I digress as that is not what I plan on this post being about.

so what I want to talk about is my one could say conflict when it comes to my "femininity" as it has been pointed out by many people I am not the most masculine guy, not to mean that I don't have some masculine interest, but that I don't have the most masculine mannerisms and such, which I can readily see come across in my YouTube video post.  (part of the reason that there are so few of them) I know that a good chunk of that conflict is probably to do from internalised social stigma that even extends into the gay community,   but the other chunk of it is that I often don't know if that is me, it's the conflict that after so many years of hiding and repressing such things I honestly don't know naturally how I am. Not knowing that I often wonder if its
something that was always there or it is something that I have picked up, the later being something I don't want to do as I don't want to lose my self which honestly is another thing that is a muddled mess in this whole thing as its another point that I really don't know who that is ether.  I mean there are things I know about my self but for the most part I really don't know who I am, I have honestly counted on having to conform to others ideas of who I should be for so long even people that I used to call friends (which is why I really only have one close friend where I actually live, as she is the only one that did not use me and did not make me fit a mold) that I really have trouble separating my self out from the person I was from the person that they wanted me to be.

I know that amongst all that stuff I am buried some where its just that I am not quite sure where that is, and how to sort threw all that stuff, although I get the feeling that part of that process is going to involve me doing some things by myself to get my self out side of my comfort zone. Even if that means a long weekend trip to the family trailer in Eastern Washington, just by my self, and then starting to do more things just me with out others so that I can find who I am and stop conforming to what and who others want me to be and to rediscover the me that I have buried amongst all the other me's that others have desired. I don't know if that is actually the right way or not, but I do know that is way out side of my comfort zone and I honestly don't know why that is.

As always thank you for reading and comments and feed back are always welcome and much appreciated! :-)